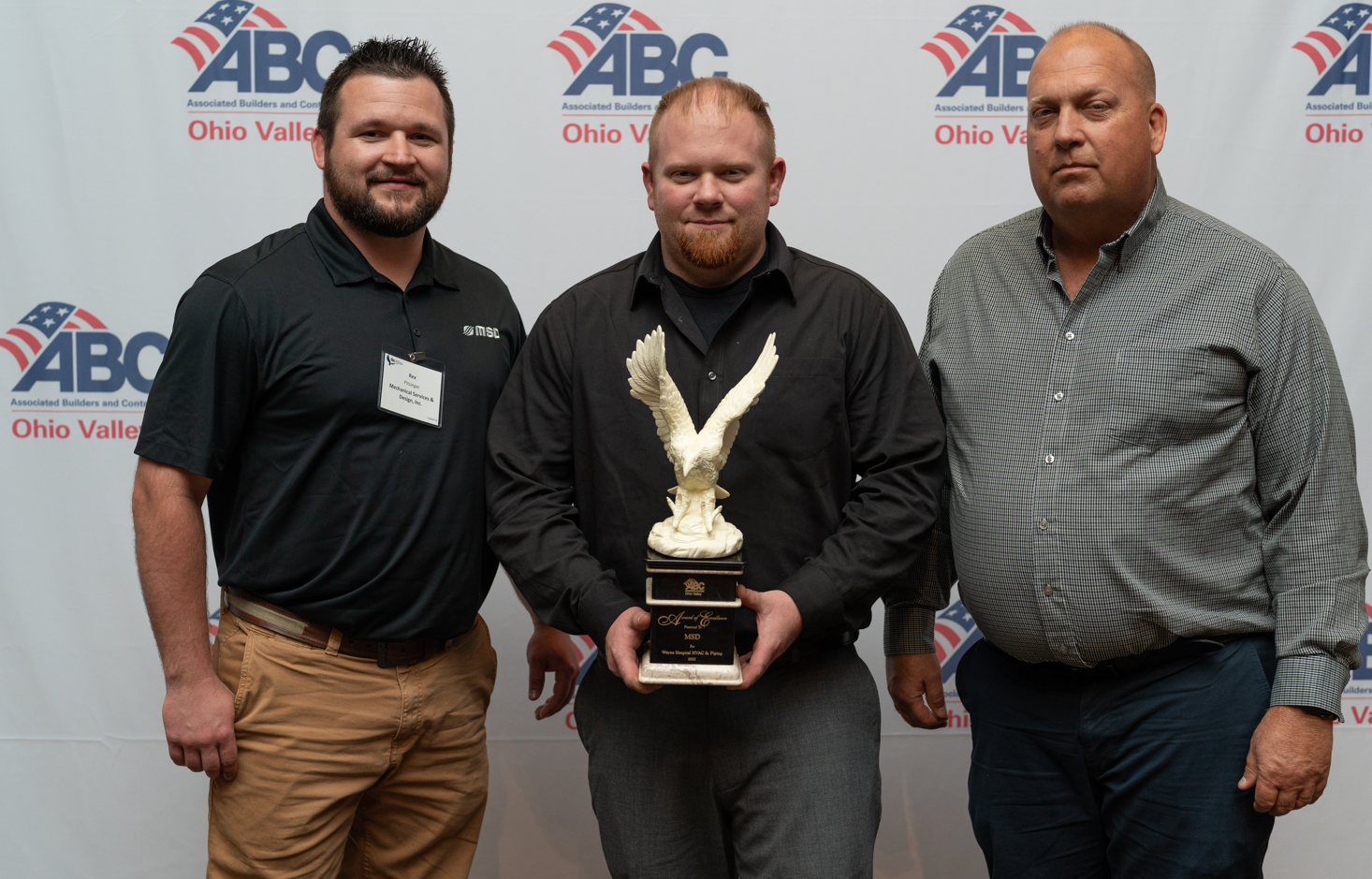 MSD, Inc brought home an Award of Excellence for the Wayne Hospital HVAC & Piping project. Another eagle has come home to roost.

The Award for Excellence honors the skill and expertise of our employees and MSD is recognized for exceeding expectations in innovation and quality. In the photo accepting the award is Rex Pitsinger, Project Manager for Wayne Hospital, Justin Ingram, Sheet Metal Foreman for the Wayne Hospital project, and Randy Metcalf, Plumbing/Piping Superintendent.  Thank you to everyone who worked on the project.

This year we nominated Ben McKay and Justin Ingram for the Craft Professional of the Year, but while they did not receive an award, MSD still recognizes the amount of effort and attention to detail that they deliver on all their projects. Thank you, Ben and Justin. 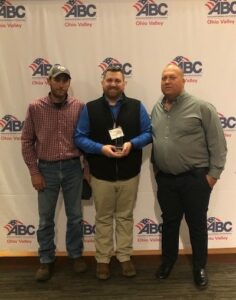